Why or how has the compulsory schooling model become the predominant way in which society delivers education? 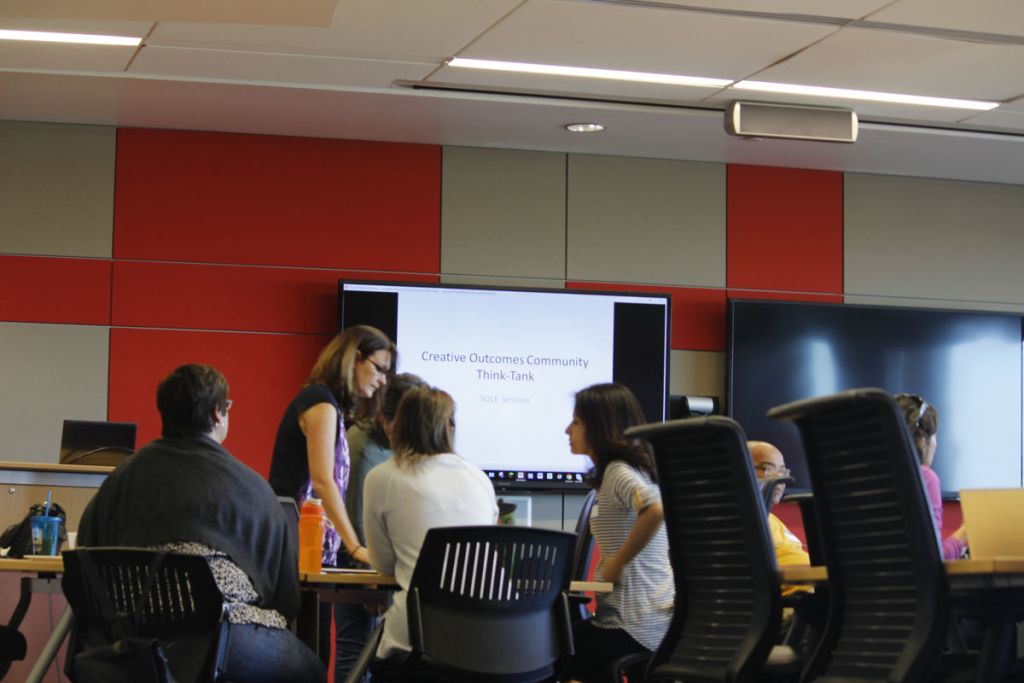 Think Tank Session One took place on Friday, November 6, 2015 at beautiful ASU’s Skysong in Scottsdale, AZ! The above question was the Big Question we explored together after dividing into three groups which later presented to the big group! The wonderful thing about thinking together like this is that many still continue to think and explore the issue after the Think-Tank completed! Below is the summary of what transpired that day. Feel free to leave your insights and thoughts in the comments section below:

Creative Outcomes has successfully completed its first Innovative Learning Think Tank. The aim of the Think Tank was to offer people from our community a chance to come together to answer a BIG question.  The question, “Why (or how) has the compulsory model of schooling become the predominant way in which our society delivers education?” was answered by three groups who broke out together to explore.  Interestingly, each of the groups coalesced on a different theme.

Our day was a great success.  We gathered together participants to think and discuss the BIG question.  Below we have summarized the general conclusion put forth by each group.

GROUP ONE surmised that formal learning most likely originated in Western religious-based traditions starting in the 1st century A.D. and that formal learning continued in a standard way until the dawn of the industrial age at which point it evolved into the modern schooling of today.  The formation of schools has had a great deal to do with a central belief that restricted freedom of thought would ensure greater social cohesion.  Since it was believed that free thinkers would upset the system, it became necessary to control what was learned and to control the individuals involved in the learning process. Thus going against the norm was controlled via the compulsory nature of the schooling paradigm.

GROUP TWO surmised that the compulsory nature of schooling is most likely rooted in a military model (Prussian) that ensures control of the outcomes (survival).  In the process of militarizing the paradigm in which learning is offered “normal” learning has replaced “natural” learning.   In this state, the general public has grown comfortable being offered what can be “controlled and taught” rather than being allowed to participate in a learning paradigm that emerges organically from what is interesting and natural for the individual. We have created and accepted a militarized and top-down-controlled learning paradigm. This one paradigm for offering learning to our students is: the curriculum-controlled box-school-room model that was historically offered to the upper-class members of our western society and is now offered by force/compulsion to all members of our society.

GROUP THREE surmised that the predominant method of delivering education has come about because of measurement.  Our scientific obsession with measuring has lead us to offering learning through a means of instruction that offers easy use of   measuring techniques. We are comfortable with the measurement paradigm that has emerged in education over the past 100 years or so, and thus this “ordering” allows us to feel comfortable with continuing to deliver education as we do.  They also surmised that the comfort with our current paradigm might be rooted in our belief that the “non-faith based / scientific” measuring in educational outcomes ensures that we have moved towards a scientific and modern means of delivering education instead of a traditional faith-based means (of the past).